Dealing With A Fear Of Expressway Driving

Something which seems to be intimidating for many drivers is driving on the high-speed expressway/highway/freeway. These are the roadways with a speed limit of anywhere from 90 km/h to 110 km/h. Once you understand how to merge into traffic to safely enter the expressway, travel along these roads at higher than city speeds, and exit safely and smoothly, you will really start to enjoy and appreciate them. So, let’s get started.

Let’s begin with entering the expressway. As you approach the onramp, look for a ramp speed warning sign. These would typically be yellow in colour. It would be a good idea to match that speed as you go around the curve of the onramp. If the road is slippery because of rain, snow or icy conditions, it may even be a good idea to drop your speed by 10 km/h or so just to ensure you have the traction you need to handle the curve. 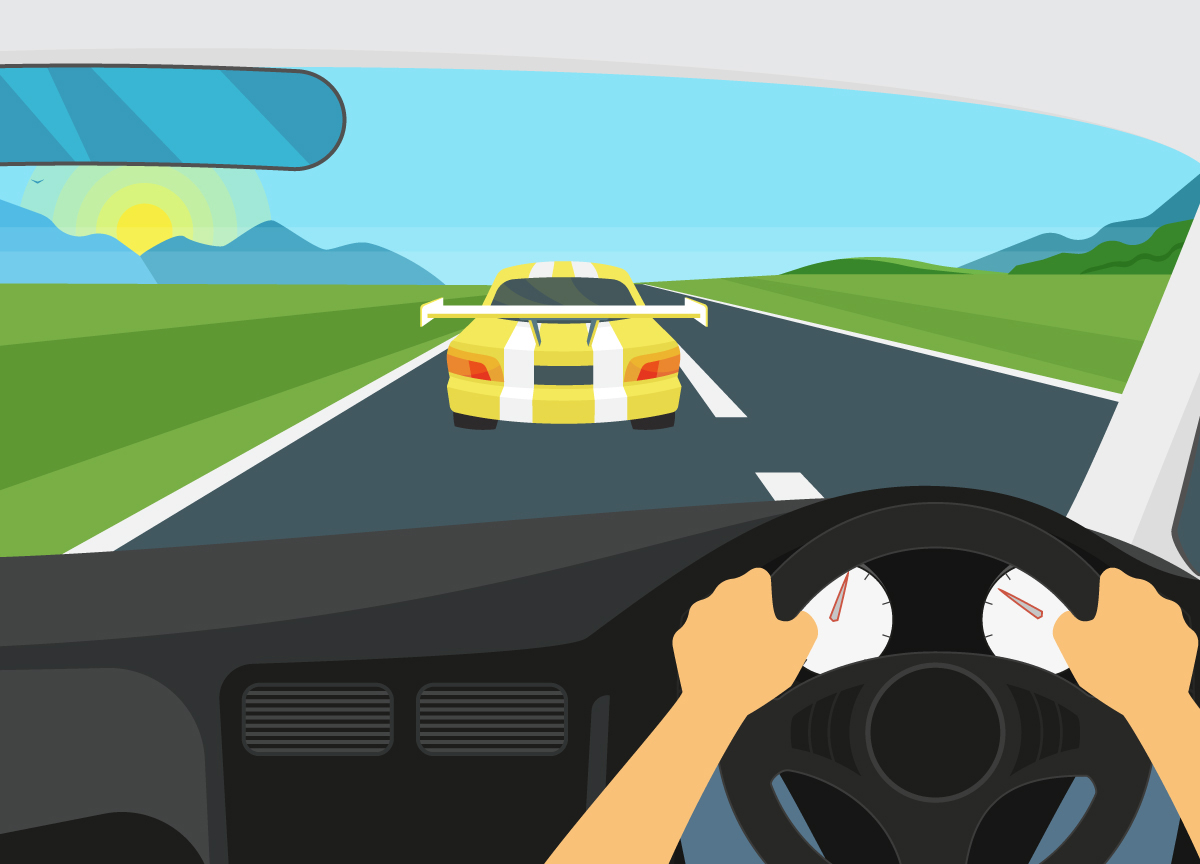 As you begin to leave the curve, you’ve entered what many will call the acceleration lane. At this point, begin to accelerate – quickly. Your goal is to match the speed of traffic on the expressway or the speed limit, whichever is appropriate for the moment. Once you begin to accelerate, signal to communicate to those already on the expressway that you want to enter. They may help you by changing lanes or adjusting their speed to let you in because they have seen your signal.

Right after you’ve signaled, check the inside rear-view mirror to look for a gap in the traffic approaching from behind on the expressway. Then do a quick glance in your outside mirror on the way to your blind spot. Checking your mirrors and blindspot early will give you more time to find a gap and adjust to it if needed. If another vehicle is too close to you and is next to you, you can accelerate quickly to get ahead of them, or if you think they are moving quicker, you can let them pass you so you can move in safely behind them.

Once you’ve made that adjustment and have now matched the speed limit or flow of traffic, check the inside rear-view mirror, outside mirror and blind spot once more. The second round of checks will confirm you still have the gap you need to merge safely on the expressway. If, for any reason, someone is unobservant and changes lanes directly beside you just before you want to merge into the flow of traffic, you do have a shoulder directly ahead of you that you can move on as you adjust your speed to let that vehicle pass. That rarely happens, especially since you’re doing two sets of checks before entering the expressway.

Not doing the early check and only the last check just before you merge onto the expressway may cause a slight panic because all of a sudden there is a vehicle directly beside you. But now you know how to keep control of the situation and plan for a safe merge.

Now that you are on the expressway, here are a few tips to help you stay safe. Keep a minimum of 3 seconds as a following distance from the vehicle directly ahead of you. If the road conditions are poor, add a few more seconds, just so you can stop in time if the driver ahead brakes abruptly. Look to where you think you will be in at least 20 seconds, but more distance ahead if you can.  That would be roughly 1 km ahead. That gives you time to easily adjust to brake lights ahead or to switch lanes if the lane is closed.

It would also be a good idea to attempt to drive beside open space. That is, avoid having another vehicle stay directly beside you if at all possible. This will give you a place to go if you have to suddenly swerve and it also means if another driver swerved to avoid fallen debris, they would not be beside you and therefore would not hit you. If you need to pass a slower moving vehicle, do so in the left lane, but avoid staying in that lane. It should be reserved for those who wish to pass. It is always recommended to drive in the right lane when possible.

Even if you have never driven on an expressway I can tell you that you have already exited one – sort of. If you’ve done a lane change before, adjusted your speed by braking, and went around a curve then you’ve done everything you need to do to exit an expressway.

Approaching the exit lane, signal early enough that drivers behind know what your intentions are before you get to the exit lane but maintain your speed until you are fully in the exit lane. Enter the exit lane as soon as it begins to give yourself plenty of time to reduce speed and look ahead to see the ramp warning speed. From there, check your mirror and begin braking. Your goal is to reach the ramp speed before the curve begins. Yes, it will seem extremely slow, but that’s because you are used to traveling at much higher speeds on the expressway. Keep checking your speedometer to ensure you’ve reached the proper speed.

After exiting the expressway it’s always a good idea to make a few extra glances at the speedometer just to ensure you haven’t started speeding. This feeling is quite common, and only takes a moment or two to get back the feeling of city driving.