What if I Fail My Driving Road Test?

It’s something that we all dread if it happens……failing the driving road  test. It’s nothing to be ashamed of; at least 60 per cent of candidates fail the Australian driving test on their first attempt.

But hey, if it happens, you have no choice but go back to the drawing board and give it another shot. The good news is, if you fail the Australian driving test, you can try again as many times as you want.

In this article, we’re going to give you an in-depth strategy of what you should do if you fail the Australian driving road test; so that you can pass on your next attempt. Let us show you how.

After the driving test, you will be given a test score sheet that examiner used to evaluate whether to give you a pass or a fail. If you’ve failed, the score sheet will outline all the errors that you made during the driving test and how many points you missed out.

After you’ve identified the problem on your score sheet, you need to go back to practice and work on your weakness. Don’t book another driving test until you can comfortably do a mock test without repeating those same mistakes. 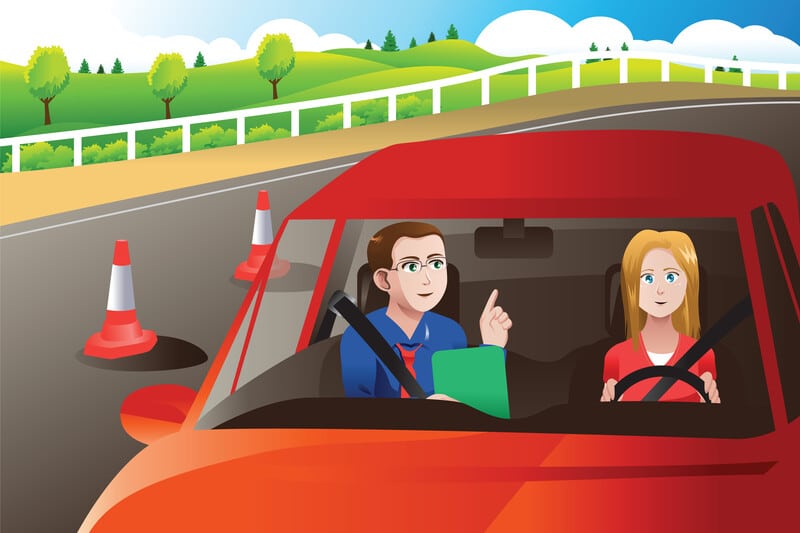 Sure, knowing the errors that you did during the driving test is helpful, but it’s important to differentiate between critical and non-critical errors.

In retrospect, critical errors are mistakes that if you do once during the test, you will get an immediate fail; you won’t have an opportunity to redeem yourself. Any poor judgment errors that put others in danger, including yourself and other road users, is considered a critical error.

Some of the most common critical errors include:

On the other hand, a non-critical error is a mistake that doesn’t cause any significant danger to pedestrians or other road users. For instance, if you stall when the light turns green or you forget to switch off your turn signals.

In most states or territories, if you have more than 8 non-critical errors on your score sheet, you will fail the test.

Of course, critical and non-critical errors vary in different states and the best way to know for sure is to read to the driving test guide book of your state that outlines all the rules.

Calm Down Your Nerves

We get it, doing the driving test on your second attempt can get on your nerves. The same question keeps lingering, “What if I fail again?” But maybe, the reason why you failed in your first attempt was because you were nervous.

Actually, one of the main reasons why candidates fail the Australian driving test is test nerves. You could be perfect in practice but when it comes to the real thing, you forget everything and do silly mistakes because you’re nervous. You don’t want to repeat the same mistake, do you?

You can also try relaxation techniques by taking deep and long breath whenever you’re feeling nervous during the test. Maybe even try to chew a piece of gum to calm your anxiety.

If everything else fails, perhaps you should consider consulting a physician if you have an anxiety disorder. Some doctors prescribe specific medications and therapy that could help to calm down your nerves.

Australia is a big country and one advantage that you have as an applicant is the option to choose different test centres across the state. How about in your second attempt you choose a less crowded location?

Better yet, if you choose a different location, you will be assessed by a different examiner. That means you won’t have to go back to that specific examiner that failed you the last time.

Book the Test at a Convenient Time

Just like the location, the time that you do the test will also play a big role in the outcome. Keeping that in mind, you should avoid booking the driving test too early in the morning when there are a lot of kids going to school. Similarly, if you book too late in the afternoon, you may run into traffic congestion; which means more obstacles to deal with.

Any time slot between 11 am to 2 p.m is convenient since you will avoid peak traffic rush hour.