How To Pass The Tasmania Driving Test 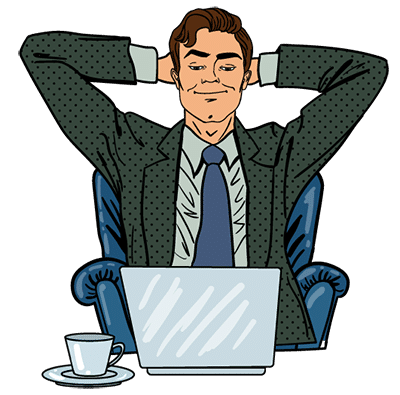 To acquire a driver’s license in Tasmania, you must pass the driving test. Of course, the process of acquiring the license varies from state to state but the practical driving test rules remain the same. There is no shortcut around it; whether you’re an Australian citizen or an immigrant.

Practice as Much as You Can

Fortunately, most states in Australia require candidates to log at least 100 to 120 hours of driving with a learner’s license and accompanied by a supervisor before they’re eligible for a provisional license. This means, by the time you will be doing the driving test, you will have plenty of time to practice.

However, just because you’ve logged the minimum hours required to qualify for a driving test, it doesn’t mean that you’re ready. For that reason, make sure that you don’t book the test until both you and the instructor are confident that you’re ready to take the test.

Do a Mock Test

An effective method of evaluating if you’re up for the challenge is to do a mock test. In that regard, the rules of the mock test should be similar to the real driving test as much as possible. For instance, you should do the mock test in an area where you will likely take the driving test; even the allocated mock test time should match with the actual practice test time.

Besides that, you should let your training supervisor act like the examiner by telling you what to do; as expected during the practical driving test. Don’t forget to use the same car that you plan to use for the real driving test. In short, everything must be done like it’s the real deal.

It is at this point that you should identify your weaknesses and work on them before the driving test; which brings us to the next objective.

Here is the thing; the Tasmania driving test is not that hard, but it’s so easy to fail. That’s because the examiners watch out for the slightest mistakes during the test.

Do you forget to come to a complete stop at a stop sign? That could lead to an instant fail! Even the smallest mistake like going beyond the speed limit by 1 km/h could mean the end of the road for you (metaphorically speaking).

To avoid such things from happening, you must familiarize yourself with the rules and common mistakes that cause candidates to fail.

Some of the most common mistakes include signalling too late, stop sign rollover, poor judgment, forgetting to check mirrors, and overspeeding. Also, if you have to check a blind spot, make sure that you turn your head and not just the eyes; so that you can be ‘seen to be looking’.

Pay Attention to the Road

It could be tempting to try to sneak peek at what the invigilator is writing while you’re driving during the test to know your fate, but that could make you lose focus.

It’s unimaginable to think about what will happen when you’re distracted and some random driver cuts you off or tailgates you. It could even be worse if a big truck drifts into your lane or you encounter children playing on the road.

Remember, you will be driving in the real world and a lot of things will happen beyond your control that requires your 100 percent concentration on the road. Sure, you can meet chatty examiners but they wouldn’t be offended if most of the time you just keep quiet and talk when necessary. Regardless, don’t hesitate to ask the examiner to clarify the directions if you’re not sure.

Calm Down Your Nerves

A big reason why most people fail the driving test is panic, anxiety, or lack of confidence. It goes without saying that if you’re nervous, you’re more likely to make mistakes. All it takes is a minor inconvenience or unexpected scenarios causing you to make knee-jerk reactions that could snowball you to failure.

But it doesn’t have to be like that; you can calm down your nerves by doing a few things before the test. First, you need to make sure that you get at least 8 hours of uninterrupted sleep the night before the driving test. Additionally, you should avoid drinking too much coffee or energy drinks (since caffeine triggers anxiety) before the test.

Similarly, you should stay away from any junk or processed food before the test that would make you feel sluggish or sleepy.

If you feel nervous during the test, take deep and slow breaths for a few minutes, and try to think you’ve passed the test a hundred times before.