How to Prepare for the Queensland Driving Test

After everything is said and done, there is one last hurdle that you must pass if you want to get the Queensland driving test….and that is the practical driving test.

How hard is it? Will you pass the test? The truth is, it depends on how you prepare.

The most important thing is to make sure nothing catches you off guard.

In this article, we’ll show you the ropes so that you can be better prepared both mentally and physically to take the Queensland driving test and cross the finish line like a champ!

Let’s get started, shall we? 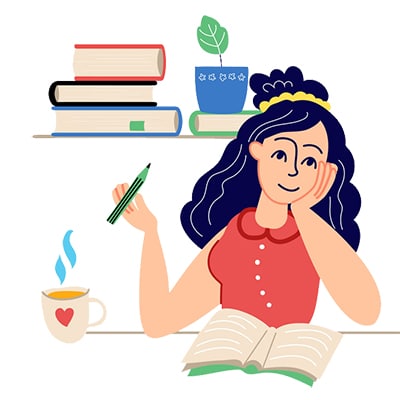 In Australia, each state and territory has different driving test rules; what could be legal in South Australia, could be illegal in Western Australia. For that reason, it would be prudent to access your state’s driver’s handbook to have a clue about the traffic rules and regulations that are set up in your locality.

Otherwise, to familiarize yourself better with the road rules, you’re required to pass the road rules test and hazard perception test before you’re considered eligible to attempt the driving test. In some states, you will also be mandated to pass an eyesight test; and if you have an eyesight problem, you could use glasses or contact lenses.

Know The Most Common Mistakes

The driving test QLD is easy, except that it’s hard if you don’t know the common mistakes to avoid. Catch the drift?

Learn all the common mistakes that cause candidates to fail. Something like forgetting to signal, a rolling stop or forgetting to check the mirrors could get you an instant fail.

Familiarize Yourself with The Probable Test Routes

Even though you won’t know the exact route the examiner will tell you to follow during the driving test, there is a high chance the test will be done on the roads surrounding your local test office. To mentally prepare yourself and avoid test nerves, you should familiarize yourself with the probable test route.

Better yet, drive out with your supervisor and do a mock test using the roads that are close to your assigned local testing office.

In some states, candidates are required to bring a suitable car for the driving test. Of course, the examiner will check if it’s roadworthy and if they discover any defects, you could have the test cancelled. Well, it won’t hurt to take your driving test vehicle to a professional mechanic for an inspection, would it?

Other than that, the testing officer may ask you to demonstrate technical knowledge about your vehicle. For instance, you could be asked to pinpoint certain parts of your car or explain how you should change the oil or coolant; maybe even the tire. The owner’s car manual will tell you everything you need to know, just as long as you read it.

Of course, the type of maneuver you will be asked to complete could be different in each state, but if you’re unable to complete any of the maneuvers, you will get an instant fail. Don’t forget, even if you do all the maneuvers perfectly but you breach the law or drive dangerously, it will result in an immediate failure.

What are you waiting for? Start practicing now and make sure you’ve mastered all the 5 slow-speed maneuvers before the driving test.

Book The Test at Your Convenience

Believe it or not, the time of the day you do the driving test could have a huge impact on your performance. In other words, if you’re not a morning person, it wouldn’t be a good idea to book your test early in the morning; that may cause you to be sluggish. Well, you will have a time slot between 8 AM to around 3:30 PM to show up for the driving test in most states.

Besides that, you should think about booking the test during the summer or dry season. The last thing you want is to do the driving test when it’s raining like crazy and the roads are slippery.

Get Your Documents in Order

Last but not least, you will need to get your paperwork sorted out. You may be required to submit the following documents; Queensland learner driver’s license, a logbook with completed hours, and any relevant medical notes and proof of identity.

If you’re not an Australian citizen, you will probably need to show up with your international license or original overseas license.

Now that you know how to prepare for the Queensland driving test, you have a higher chance of passing the test. Most importantly, start preparing as early as possible and don’t book the test until you’re ready; so you can ease the pressure and avoid feeling nervous.