Things You Did Not Learn In Driver's Ed

As much as driver’s ed is important if you want to become a competent driver, there are some things you don’t learn in driving school. Sure, you could have been a terrible driver (and perhaps a dangerous one) if you skipped driving school, but there is always room for improvement in the real world.

In this article, we’re going to discuss some of the things you did not learn in driver’s ed that can help you to become a better driver on the road. So let’s get to it.

How To React When Sliding in Snow and Ice 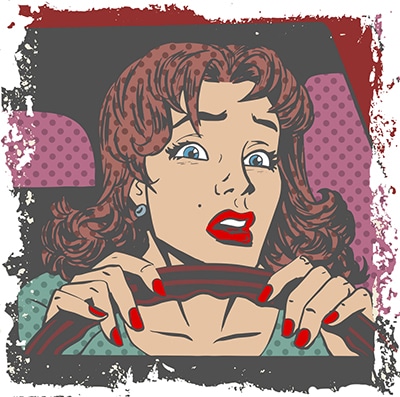 Admit it! A lot of drivers don’t know how to drive on snow and ice. In fact, most drivers will hit the brakes instinctively if the car loses control and slides on ice. That would be a big mistake, and instead, the brakes will make it worse.

You weren’t taught about this in driving school, did you? If you’re skidding on ice, release the accelerator and don’t step on the brakes.

But if everything else doesn’t work out, and you want to slow down as quickly as possible, engage the anti-lock brake system (ABS); which brings us to our next point.

Most folks fresh out of driving school know how to step on the brakes, but do you know how to activate the anti-lock brakes? If you’re in an emergency where you need to stop as fast as possible while steering to evade an oncoming obstacle, the antilock braking system can be very helpful.

To activate the ABS, you ought to step on the brake pedal hard without letting it up; even if you hear grinding noise or feel the brake throbbing, don’t let it go until you’re out of danger.

Don’t worry, ABS brakes won’t hurt your vehicle and it will probably save your life.

Surprisingly, it’s not unusual to find new drivers who don’t know how to fix common car issues like changing the tire or oil. If it doesn’t bother you to pay a mechanic to do it, while you could easily do it yourself but what if you had a puncture in the middle of nowhere? Like you’ve guessed, you will probably be stranded just because of something you could easily fix.

Other than that, you also need to learn how to jump-start a dead battery, and to identify worn-out tire treads.

Driving Too Slow Can Be Dangerous (Sometimes)

Even though you drove slow most of the time during your driver’s ed lessons, you should do the opposite if you’re on the fast lane highway. It turns out, if you go below the suggested speed limit on the highway, you could put yourself in harm’s way since most vehicles behind you will be driving faster.

If you can’t match up to the speed limit on the fast lane, you can always move to the farthest lane where it’s okay to drive slower.

Sure, some drivers were instructed to put their hands on the ‘10 and ‘2 o’clock position during their driver’s ed, but unfortunately, that clock position is outdated. Why? It all comes down to the airbags.

Apparently, when the airbag deploys during an accident and you’re holding the steering wheel at 10 and 2 o’clock position, you could smack your face with your hands causing serious injuries. It could even be worse if you had your hand in the 12 o’clock position.

A safer hand steering position would be 9 and 3 o’clock or 8 and 4 o’clock.

As a general rule, don’t assume other drivers will do what you expect them to do. Actually, you should drive like everyone is an idiot. Let us explain.

Picture this; you have the right of way on a two-way road but there is a truck driver who is overtaking in the opposite direction, and it seems like one of you must slow down to avoid a head-on collision. Sure, you may have the “right of way”, but if you assume the other driver will be smart about it, you may be surprised.

Injuries don’t care who had the right of way. If you can predict something before it happens, then you should act accordingly. In fact, defensive driving is the best way to go when dealing with such situations.

Nine out of ten times when a driver does a knee-jerk reaction at a critical moment, it turns from bad to worse.

For example, if you lose attention on the road and the passenger’s side wheels go off the road surface for a second, most drivers will have a knee-jerk reaction by quickly pulling the steering wheel aggressively. If you do so, you will swerve the car and probably cause an accident. However, it would be safer if you remain calm and gently turn the steering wheel to get back onto the lane.

Then again, sometimes reacting fast especially when you’re about to collide with an object could save your life.

Well, you can bet they didn’t teach you that in driving school! and not in the driver knowledge test.